Note: Just wanted to say thank you again to everyone who participated on and offline in last week's discussion about atheism, non-theism, and, well, theism. That was a pretty intense discussion, and you all gave me much food for thought. While I'm mulling it all over (and preparing for next week's vacation to Spain!), I hope you enjoy this lighter post.

Exhibit A (from my Buffalo Unscripted trip for work):

Exhibit B (also from Buffalo Unscripted):

I edited Peter's clip, interviewed the Deputats, put it all up on our project blog, and found myself wondering ... does this type of romance still exist? Do grand train stations inspire people to instant passion? Does the meet cute occur with the same regularity it once seemed to? Are kisses -- happy, sudden, heartfelt kisses -- enough?

I ask because I don't really hear my peers share stories like Peter and the Deputats (band name!) do above. To be sure, I have plenty of friends in happy, healthy, satisfying long-term relationships. But I can't remember anyone sharing one defining story about how they met that had the same sweep of excitement and that curious mix of simplicity and maturity.

Now, the difference could be generational. My grandparents' peers had more defined social standards about what was acceptable or advisable. They tended to live in tighter, more close-knit communities where they could draw on their social connections to meet people in a more spontaneous way (compared to the rigors of online dating). Perhaps this is the misconception of any younger generation, but to me, their whole way of being felt more innocent -- not naive, not sheltered, simply innocent. They seemed more open to the possibility of romance, more expectant of it, and maybe that was enough to call it into being.

The difference could also be age. Maybe the passage of time -- and particularly, time spent together -- erases the reticence or pleasant embarrassment a couple might feel about their origin story. Memory softens the hard edges and the spectrum ends remain, making those happy exciting moments even more vibrant. Or maybe, as we age, we inadvertently revise the story, so it becomes an appealing narrative that is true, but not entirely factual.

If the first scenario is true, then yes, romance is literally dying out along with the Greatest Generation. Our world has changed enough in the intervening years that these stories will likely become fewer and farther between. (See: But what will become of the love letter?)

But if the second scenario is true, then we and upcoming generations have a chance. We'll take our vitamins and work out regularly, and hopefully earn ourselves enough time on Earth that one day we can stand in front of a young twenty-something somewhere and sharing our own happy origins. At that point, it will probably be a point of pride.

Or there could be a third scenario -- a variable definition of romance. Maybe, when all is said and done, romance is what you perceive it to be in your own time, your own mind, and your own ways. I'm sure there are some folks reading this post who don't think the videos above are endearing. (In which case I might argue you have no heart, but that would be judgmental, wouldn't it?) But those same people still express love and connection in their own way, and for them, that is romance.

So I guess I can't answer my own question today. I need to give it some time and space. Maybe some more thought. Or forget it entirely and just enjoy the love, affection, and laughter as they come.

God, what's our meet cute story? Did we meet on the schoolyard, trip over each other in the grocery store, see each other across the aisle in church? I can't really remember because it seems You've always been there.

We don't always have a lot of fireworks, do we, God? We sometimes talk. We sometimes fight. But mostly we just spend time together, like an old married couple. (Except You don't do the dishes, but we'll let that slide since, you know, you're God.)

How I responded to an atheist I love 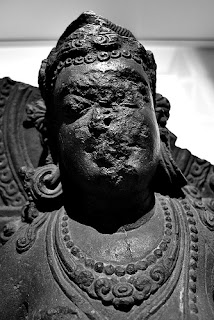 I'm a person of faith. A person with faith. Imperfect faith, variable faith, doubtful faith, but still faith in a Higher Power. What, then, do I say to someone very near and dear to me who tells me he is atheist?

Well, I'll tell you. Because this happened to me just a couple weeks ago, so it's fresh in my mind.

Someone (whom we'll call Guy) told me his belief at the start of a car ride. He opened up the conversation as if he were coming clean. "I want to have faith, Julia," he said. "I really do. But I have to be honest and say I don't."

At first I was taken aback. I knew Guy wasn't following any religious doctrine, but I never stopped to think that might mean total lack of belief in any deity.

Then I felt naive, bordering on narrow-minded. Why did I assume Guy believed in God? Because he was a good person? Because he expressed morals and values similar to mine? Did his not believing in God make him any less a kind or worthy person? Did it prevent me from seeing him as a child of God?

And then I felt upset. Really upset. Heart-on-the-floor-mat kind of upset. But I couldn't cry because we were in the car together having this talk, and I didn't want to dissuade him from sharing his thoughts. I wanted to hear what he had to say, which turned out to be many thoughtful, well-researched, well-reasoned things. Guy had not come at this decision quickly or lightly. He had examined all sides and drawn a conclusion. I couldn't ask more from anyone of any belief system.

We went back and forth on various tenets. To be clear, I wasn't trying to convince him of anything. I believe God works within people individually, and their spiritual journeys are theirs alone. (Plus I'm a terrible debater and fold like a pile of laundry.)

Instead, we talked about the constructs of the atheist vs. theist debate. He said he doesn't understand why the burden of proof is on the atheists. I said believers and non-believers alike have a faulty premise -- that trying to wrap scientific and academic structures around something as intangible, amorphous, and stubbornly unscientific as faith can't help but lead to circular arguments and insufficient evidence.

Then we talked about the meaning of life without ever really using that term. He said he's in awe of the earth and the wondrous complexity of human existence without needing a Creator behind them. I said that mortality is a huge challenge for me -- downright terrifying at times -- and the idea of an afterlife brings me a measure of peace.

Then came my turn to come clean.

"I appreciate that," he said. "I wish more people would admit it."

So why was I ready to burst into tears then, and for the next 24 hours, and even now writing this post?
My response to the atheist I love may not seem enough to those of you with greater faith than I. Sorry about that. I could answer only from my heart, and it did the best it could.

Perhaps there's nothing in the dark to fear.

Perhaps there's nothing in the dark at all.

Still, I prefer a glimmer, if only along the path.

So for that, give me a faith that flickers but never quite goes out.

But what will become of the love letter? 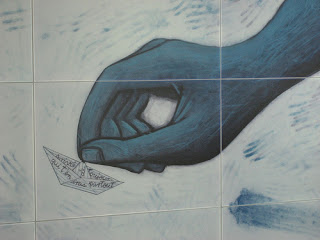 The love letters sit in my memory box in rough chronological order. Some are typed. Most are handwritten. They have doodles, stickers, and scratched-out mistakes. I remember pulling them from the mailbox and running upstairs to read them so I could hear the person who wrote them as if he were in the room. It was romantic. Personal. Ageless. And though the love is past, the letters keep it alive, suspended in time.

However, this may not be the case for much longer. Two things have recently combined to make me reevaluate the state of the love letter – or any letter, for the matter. The first is the depressing news about the USPS budget gap and post office closures. Turns out that my ardent insistence on mailing birthday cards, hello notes, and the monthly rent check hasn’t been enough to keep our postal system afloat. Not like it could have made a difference. Snail mail is battling every online social platform under the sun, trying to fight instant flame with a slow burn. Can it even compete?

The other item is the book What There Is To Say We Have Said: The Correspondence of Eudora Welty and William Maxwell. These two 20th century authors and contemporaries enjoyed 50+ years of long-distance friendship, largely expressed through their energetic, funny, and loving letters. You read these words, never intended for publication, and you get their unvarnished personalities. As I work my way through the decades, I wonder, would they have put this much energy into emails?

Take these ponderings together, and I’m left with a big question: What ultimately defines the quality of correspondence – the medium, or the individuals? If we don’t have the attention spans, unlimited characters, or cultural expectations that permit or encourage meditative communication like letters, is it worth fighting to preserve them? Or are we better off letting our communications evolve to match the available technology?

I think I stand at the tipping point. I’m a Millennial who champions the sanctity of the handwritten note. I want the postal equivalent of the slow-food movement – a small but determined group of people who don’t want life to assume warp speed, but instead balance out society’s insistence on instantaneousness with slower, more thoughtful conversations.

If nothing else, consider this: I still have those love letters. Plus my favorite birthday and Christmas cards. And lots of other notes, jokes, and words of encouragement people have mailed me over the years. I also have these sorts of things saved in various email folders, but they rarely approach the same level of care and personality I consistently find in what’s been mailed to me.

I find an irrepressible power in pulling out these letters and opening the envelopes anew. I daydream about passing them down through the generations. I wonder if one day I’ll become famous, and then my biographers will thank their lucky stars they have all this extant correspondence to shed light into what I hoped for and believed.

Letters have a character count not of the 140 variety. I can’t bear the thought of losing that. Can you?

P.S. God – before I mail this out, just wanted to add that I think of You often. Thanks for answering (most of) my questions. Even though Your responses sometimes take a couple letters and a few days weeks years to get here, I still appreciate them. Good to know someone out there is thinking of me, too.

Amen.
Posted by Julia Rocchi at 1:58 PM No comments: