Because who doesn't love a quickie?

I'd planned to give you a thoughtful, well-written post this week about relationships and growing with people over time.

This is not that post. Not because I don't want to write it; just because travel, bills, grown-up-ness, and obscene humidity* have joined forces to keep me from writing it before a week goes by.

* Yes, humidity. Don't judge until you've spent a summer in DC and experienced a Foggy Bottom for yourself. 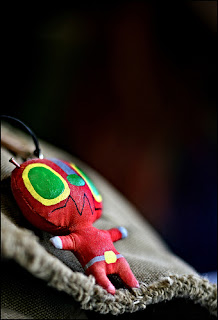 help. me. (photo by beast love)

Now let's join hands and say a prayer for sanity, if only to keep from smacking our foreheads.
Prayer #167: At Wit's End

I found a boat by the shore today
And decided to set sail.
But no sooner did I hit the waves
I was welcomed by a gale.

Aloe helped the burn subside
But still more was in store.
I looked at my damp feet and saw
A hole in my small boat's floor.

No bucket, no cup, not even a hat
Had I handy to empty my vessel.
So before I knew what had happened
I was left with the sea to wrestle.

I put my backstroke to the test
(Though sharks like kicking limbs).
Imagine, then, the relief I felt
When I arrived at an island post-swim.

Now I'm wet, bewildered, and very alone ...
Oh, what would I give for a friend!
But that's when I realize You're here too --
Together, we'll weather Wit's End.