This cat's on a very, VERY hot tin roof

I have lived in DC for almost nine months now, and while I have not taken the time to change my license, I have scoped out community theaters and found one where I'm planning to audition tomorrow night. (This should show you where my priorities lie.)

Besides, I may or may not be harboring a small fantasy that if I'm cast as Maggie, the guy cast as Brick will look like this: 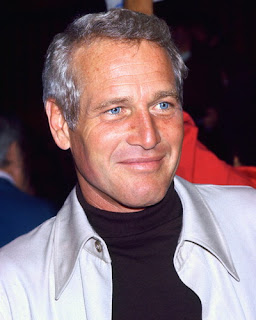 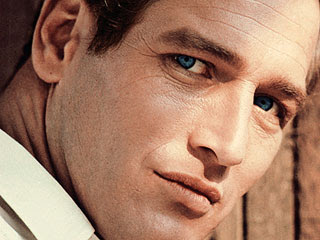 Or I'd even settle for this: 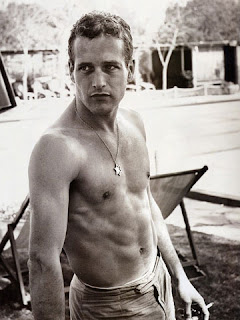 Complete and utter aside: Have you seen the movie version of Cat on a Hot Tin Roof with Elizabeth Taylor and Paul Newman? No? Go now. Rent it. You will realize anew how god-like Paul Newman is, and you will want him for your own. And that final scene when they kiss ... fire extinguisher, please! Who cares if it's a departure from the play? Depart, depart!

Further aside continuing on this topic: Is it just me, or do they not make movie stars like they used to? A man with a face like Newman's HAD to be a movie star. (I think it's written in the Producers Guild of America handbook or something.)

Seriously though, I can't think of a modern film star equivalent. Has acting changed to the point it no longer requires such manly men? Have men themselves changed? Have our standards of physical beauty and our sensibilities about manliness changed? If the answer is YES to any of these, change it back. Nights are too cold and lonely to be spent with ordinary-looking boys.

Truth be told, I'm a little bit addicted to the adrenaline rush that live performance brings. Yes, applause is very nice, as is the possibility of getting to kiss a Paul Newman-lookalike on stage who is actually NOT gay and wants to date me, but what I really love is the variability.

Every night brings a different audience, mood, and set of circumstances that demands my flexibility and attention. It works a different part of my creative brain that then fuels my writing and singing. And at its most basic level, it takes me out of my hum-drum routine, and injects a spirit of sex, danger, and spontaneity that often gets lost somewhere between the grocery store and church.

So if I can convey that sincere hunger for adventure in tomorrow's monologue, then I think this cat stands a pretty good chance of landing on that tin roof. After all, Maggie Pollitt is a determined and passionate woman, and that's something I've never had to fake.
Email Post
Labels: Audition Cat on a Hot Tin Roof Creativity Play Theater