Don't eat Jesus' friends! Or, the origins of La Vigilia 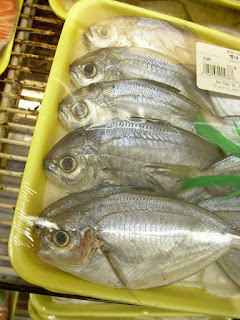 You may have guessed by now that I am Italian-American. (If you have not guessed, then you are blind and have a poor screen reader, because it's in the title of my blog.)

And as a dutiful third-generation Italian-American, I strive to keep certain traditions of the motherland alive here. Beautiful, time-honored, ancient traditions such as yelling. Making gravy. Buying Jordan almonds for weddings. And of course, supporting my mother in preparation of La Vigilia, aka the Feast of the Seven Fishes.

But what exactly are the origins and significance of this maritime-themed meal? Now is the perfect time to reveal (or perhaps deepen) the mysteries as my family sits down to its 10th annual Christmas Eve feast. (Which means I'm eating many delicious things, and you're sitting on the computer. Come over!)

First, let's get a few things straight. La Vigilia di Natale is NOT a widespread Italian tradition. Considering the country wasn't even unified until 1861, that left plenty of time for a wide array of traditions to spring up.

The feast in particular seems concentrated in central and southern Italy. Both sides of my family are from Abruzzo, which is located in the middle along the Adriatic (east of Rome), so we fit the bill perfectly. [To round out the setting for you: See Abruzzo church traditions here and helpful vocab pertaining to the holiday here, as well as some photos and maps.]

The reason behind the number is foggy. The Bible has lots of mystical numbers -- 7, 9, 13 -- and many corresponding patterns, so it's hard to pinpoint exactly which meaning to ascribe, and thus people pretty much make however many fish they want.

Our household tradition of 7 is most commonly traced back to the gifts of the Holy Spirit or the sacraments. Other hypotheses include days of the week (boring!), the time it took Mary and Joseph to travel to Bethlehem (really? that was it?), or the pilgrimage churches in Rome.

And why fish anyway? Roman Catholics have always had a thing for abstaining from meat on holy days, so it's probably an extension of that religious observance. [See understandable Wikipedia explanation here. See wordy but accurate Vatican explanation here.]

It's also said we shouldn't be eating anything that was in the stable with Jesus. Thank God, because we were THIS CLOSE to eating baby!

Then comes the question, which fish? Again, this varies by family. Some swear by eels, others by baccala (salted cod), or calamari (squid). We prefer the latter two on our table; in fact, if we ever had eels in any form, I might be forced to break ties and be adopted by someone else. And the other five assorted fish change annually, based on my mother's ingenuity and whims.

Whatever its fuzzy origins, the celebratory tenets of La Vigilia remain the same: food, family, friends, and joy! No explanation needed there. And I'm excited to say these traditions carry on in beautiful abundance in our household every year!

Further reading, just to prove I'm not making the ambiguity up: