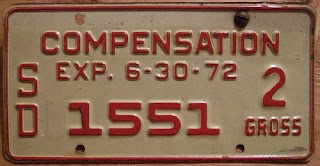 Unless you're getting cozy under that rock, you've heard that private holding company AIG received $182 billion in federal aid last month, only to turn around and deliver $165 million in bonuses to its executives.

Now compare that to this story in the Washington Blade that reviewed the salaries of nonprofit executives at GLBT orgs (emphasis is mine):

In submitting their information for the Blade’s survey, at least seven of the 30 organizations indicated that their executive directors had or would soon take a reduction in salary in 2009 due to problems associated with the nation’s economic downturn.

National Youth Advocacy Coalition disclosed in its survey response that the current 2009 salary of its executive director, Greg Varnum, was $62,000, a reduction from the 2007 salary of his predecessor, which was $92,240.

Now, I recognize it's only 7 orgs out of 30. And GLBT issues represent only one segment of the nonprofit sector. Still, let's consider the greater imbalance these stories represent.

Yet as the economy worsens, what do these nonprofit leaders do? Instead of running for bailout money, they look to themselves and reduce the most personal overhead: their own compensation. Now, I'm not suggesting canonization here, but I admire the gesture, appreciate the symbolism, and abhor anew the fact that AIG execs acted in such greed.

Of course, this leads to bigger discussions about what value we place on which job sectors in our economy, what constitutes fair market value for any executive, and how organizations can creatively ride out the recession without stiffing their staffers ... none of which we'll talk about right now, for fear of writing a novel instead of a blog post.

But we will talk about them soon, I promise, so in the meantime, let me know your thoughts and impressions here about executive pay.

Oh, and just so you know ... I receive $0 in compensation for my role as Blogger-in-Chief at Italian Mother Syndrome. ;)